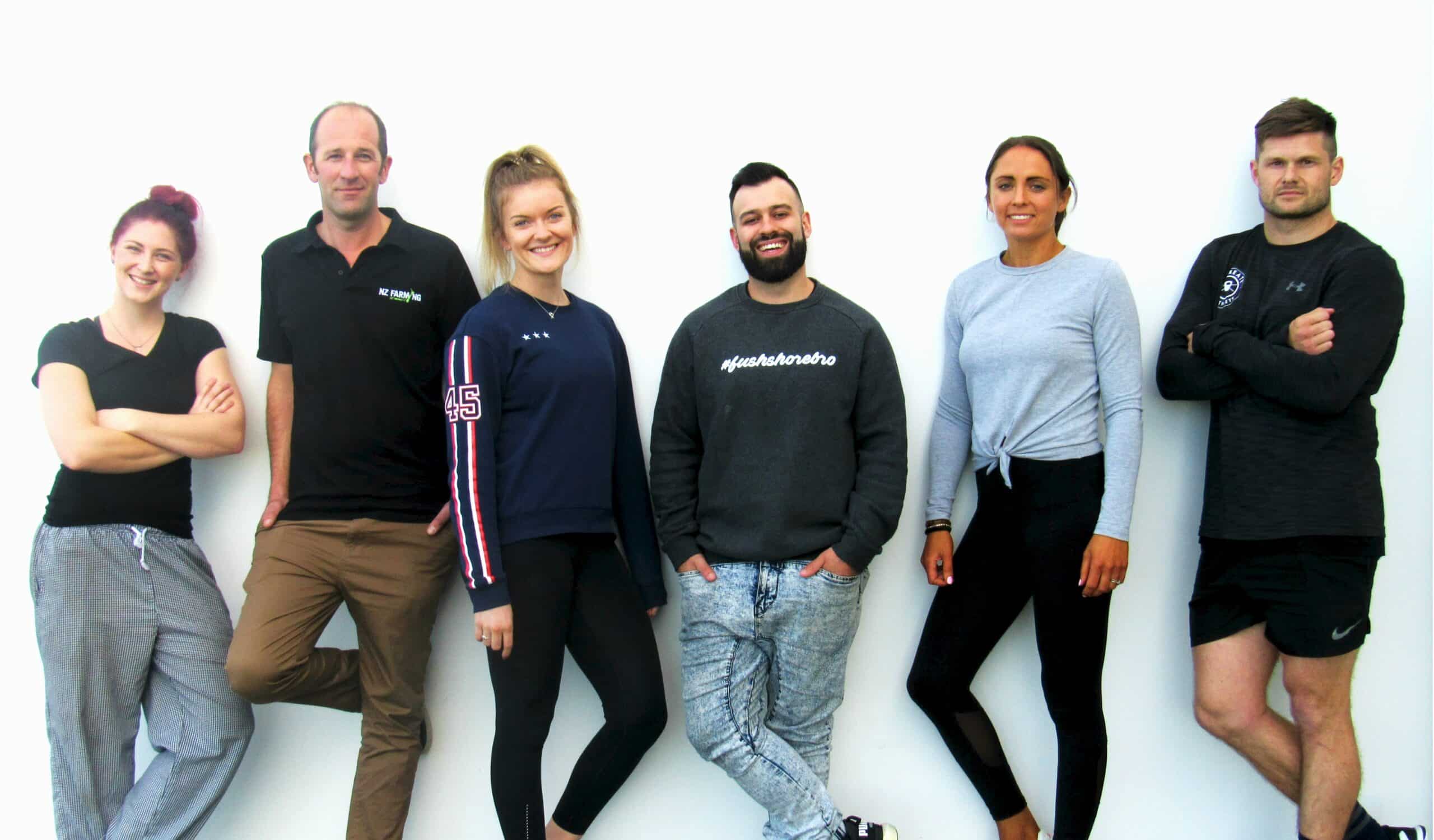 Local Legends, were introduced this year, it was our innovative solution to help us find important unsung heroes in our community. The concept developed swiftly, in fact, we were blown away.

We are so proud to announce our Local Legend Ambassadors. These are leaders in our community who have been appointed to help promote and endorse one of our Regions most significant roading Awards, the Canterbury Road Trauma Awards.

Their role is unique, they will help promote and endorse public nominations for community Local Legends and Canterbury Road Trauma Award nominations.

Due to an exciting partnership with the Kia Kaha concert, we pre-announced three of our deserving Local Legends. They are Anton Matthews, Founder of Fush, Reece McCaffrey, Founder of Recreate Personal Training and Krystie Woodgyear-Smith,  Assistant Captain of the New Zealand Women’s Ice Hockey Team, the ‘Ice Fernz . In late May,  we will proudly announce further seven Local Legend Ambassadors. Duncan Humm farms Red Deer at Mt Somers in the Mid Canterbury Foothills, and is also part of the team that runs the largest rural based social media community NZFarming on Facebook and Instagram. They have an extensive social media community covering everything and anything farming related, including all the highs and lows that come with it.

When called upon, they offer communities a means of support, reach out to those affected by tragedy, natural disasters, adverse weather and provide isolated people with a platform to connect with others.

Duncan hopes his (and NZFarming’s) involvement will help recognise and acknowledge the many great people within our communities that have offered support to those affected by road crashes and inspire more people in our community to be involved in this initiative. Kate Ivey is the owner operator of Kate Ivey Fitness and DediKate. DediKate is the online health and fitness community and app for busy NZ women. Kate leads, motivates and inspires thousands of busy women to get fit, strong and confident from her rural location near Aoraki Mount Cook.

Kate has a Bachelor of Physical Education and Bachelor of Science and extensive experience in health promotion and fitness. Kate has had her own struggles with her health and fitness, and draws upon all this experience, including her own journey, to help others. Kate has created a strong community of women who motivate and support each other from all corners of NZ and beyond. Kate gives women the tools to make health and fitness a part of their lives long term. She shows women that failure is all part of success, and that you just have to keep trying and doing your best.

“It is a privilege to be an Ambassador and give back to our community, especially living rurally where most of the serious crashes happen and so many volunteers are involved”, says Kate. Reece has a background in health and fitness, but now focuses his time in educating the public around the importance of movement and mental health. He also believes strongly in giving back to the community, working closely with charities focused on mental health and wellbeing, including the Mental Health Foundation of New Zealand and local charities in Canterbury.

“I am humbled to be given the opportunity to be involved in this fantastic initiative, on a personal level this has meant so much to me as I personally lost a friend in a road crash” says Reece. Bree is the Founder of the award-winning Glamour Cake.

Bree started Glamour Cake in 2014 after winning Young Bread Baker of the year. In the beginning it started out as a hobby and developed naturally into its own business through the power of social media. Last year I made it official and bought the Lyttelton bakery off her father to establish Glamour Cake and mould it into her very own vision.

Crazy to think that five years ago I had no idea who or where I wanted to be and by the age of 26, I have bought my very own business. I am so excited to see what is yet to come in the future.

“The one thing I absolutely love about the growth in my business is the amount of people I get to connect with though my followers via social media and day to day customer interaction. I’m a big believer in being able to help others when you can and using the power of social media bring people together.

Being asked to be a Local Legend was an amazing opportunity to use the power of donuts to be able to deliver such a vital message to others out there and raise awareness of the Canterbury Road Trauma Awards at the same time.” says Bree. Krystie Woodyear-Smith is the Manager of F45 Training Ferrymead and is also the Assistant Captain of the New Zealand Women’s Ice Hockey Team, the ‘Ice Fernz’. Krystie has a background and an Undergraduate Degree in Bachelor of Physical Education, focusing on exercise science, physical activity and health. she has worked with the general population, exercise rehabilitation in cancer survivors and strength and conditioning with athletes. Now she is helping to change people’s lifestyles at F45 where she takes 45 minute high intensity interval circuit classes, and helps incorporate fitness into everyday lifestyles to increase quality of life.

“I am passionate about making an influential difference to the health and wellbeing of those in the community.  Particularly being a Local Legend Ambassador where I can help create awareness of the Canterbury Road Trauma Awards and support national awareness for the Trust”, says Krystie. Anton is a social entrepreneur and business owner of Fush and Joe’s Garage (Wigram). Fush has a unique aspect in that they support and embrace the normalisation of te reo Māori.

In 2018 free te reo lessons were first established at Fush but what followed was a large movement of people in Christchurch wanting to learn te reo Māori. Anton and his whānau are currently touring the South Island with their Fush food truck and teaching more free te reo lessons to communities around Te Waipounamu.

Anton was pleased to be called to be a Local Legend Ambassador. Particularly most recently where he witnessed first-hand the complications involved in post trauma care where he was one of those first attending onsite to a road crash.

Scotty has co-created many initiatives in the rural community. He is also heavily involved in the local rural community and has been involved in several charities including the Canterbury West Coast Air Rescue Trust, Canterbury Charity Hospital Trust and Road Traffic Accident Trauma Charitable Trust where he spoke at their second annual Road Accident Remembrance Day on his personal experience as a road crash survivor.

The Trust is now accepting community Local Legends nominations. Nominations can be made through the Trust’s website and close on 30 June 2019.

Thank you to HelpTank and Haidee Anne A. Francisco for your support with our graphic design.